Home / SEO / Affiliate Summit – Why I Would Rather Put $1,879 Down on One Blackjack Hand Than Attend This Conference
Social Signals
Twitter0
Facebook0
Google+0
LinkedIn0 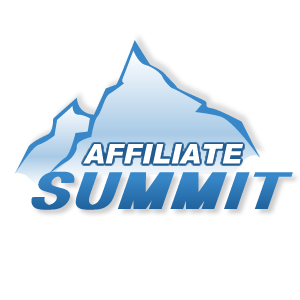 My review of Affiliate Summit, had to do it.

Ever heard someone say “don’t judge a book by it’s cover.” Well that’s exactly what I’m about to do.

Late last year I was feeling a little “stressed” and wanted to get some time away. I figured what better place to get the peace, rest and relaxation I needed, than Las Vegas. And it just so happened that Affiliate Summit West 2012 was coming up soon.

So I said to myself; “Why not go to Vegas, and have four ridiculous days of tax deductible fun?”

And “maybe, just maybe the conference will be worth something.”

Now I’d never been to an affiliate marketing conference before so you’ll have to understand that it was a new experience for me. One that I tried to go into with a open mind.

So what did I learn from this magical gathering of my peers?

That Next Year I’ll Be Putting $1,879 on One Single Blackjack Hand Instead

After last years experience I decided it would be more valuable to just get the “Vegas experience”, bump into a few other beasts I know and throw down on one blackjack hand.

Sure there are some people at the conference that are amazing affiliate marketers and SEOs, but if you’re just another “Internet marketer dude” or total newb, don’t expect too much out of this shit show.

After a quick search I found this post, hilarious!!

Here is what I’m talking about, note the image below:

True story, I messaged a draft of this post to a friend on FaceBook and got a notification for a the link to his blog being banned. I wonder if he learned how to be a spammer at affiliate summit.

What was rather comical about the whole experience and inspired me to publish this post was a friend of mine, Julian Hooks, winning Jeremy Shoemaker’s contest for an all expenses paid trip to the conference and a $2,000 blackjack hand. Julian put together this Pick Me ShoeMoney WordPress Blog instead of leaving another typical “pick me” comment entry. He looked at the entries, realized they all sucked, and put together a simple blog. I was impressed.

Then he lost the blackjack hand, it was hilarious. Meanwhile I pissed away a couple grand on roulette myself about 4 hours before that (it was at like 10am). I told you to have me at the table Jules, I would have been going Rain Man on the 12 deck shoe and you would have won.

Affiliate Summit West 2013 be ready, JacobKing.com is coming to throw down an All Access pass on one blackjack hand. Shit, I’m feeling generous, I’ll give back a little bit. If you are planning to go to ASW and you have already purchased a pass, I will give you the opportunity to sell your pass to me for full face value (I’m going to assume you can’t return it). The only catch is you have to put all the money down on one blackjack hand with me and let me light the pass on fire. Wow, unlike other reviews, this might actually turn into something fun.