Home / SEO / SSL is a Ranking Factor, and So Are My Balls
Social Signals
Twitter0
Facebook23
Google+19
LinkedIn7

Golf clap Google, you guys really know how to get them SEOs dancing around. Well you’re not fooling this guy, nor will you fool my loyal subscriber base who has waited 4 months for a post from me.

This morning my Twitter feed has been like some disgusting game of hot potato with a turd of Google propaganda.

SSL ALL THE THINGS!!!

Bro you can say that again!

Google Starts Giving A Ranking Boost To Secure HTTPS/SSL Sites http://t.co/5fhWiTKxA9 < guys, it's going to be SO MINOR of a signal

Bet your ass it’s gonna be a gooooddd month Chris.

Some sort of tool for testing my site so this ranking factor doesn’t turn into a ranking disaster.

In progress for my own site as well. RT @rustybrick: Moved https://t.co/2Sf4Qv7nAN to go all HTTPS / SSL

Nothing better to work on today Barry? I’ll give you a pass, it’s been on the to-do list and this finally gave you the kick to get it done.

Should have invested in the SSL company instead of sinking all my money into that lousy Google authorship photo service.

It might not be too late Cyrus, see Chris’s Tweet, he’s ready to strike while the iron is hot.

Do you really think you have no follower overlap with the 9,000 other people who tweeted that SSL link? Is being a parrot your value add?

Do you really need to see any more tweets? No? Ok point proven.

Now this isn’t your usual blend, this is the variety that irritates me the most. These dudes are literally running an SSL sales sales competition and loving it.

Ey Google, I know your angle with the links bros, you’re trying to protect your precious search engine, who can hate on that? But this is some crazy shit going on today, so I’ve taken it upon myself to pull the blinders up for you bros. So here it goes, sure SSL is a ranking factors, but so are my balls, brass balls. 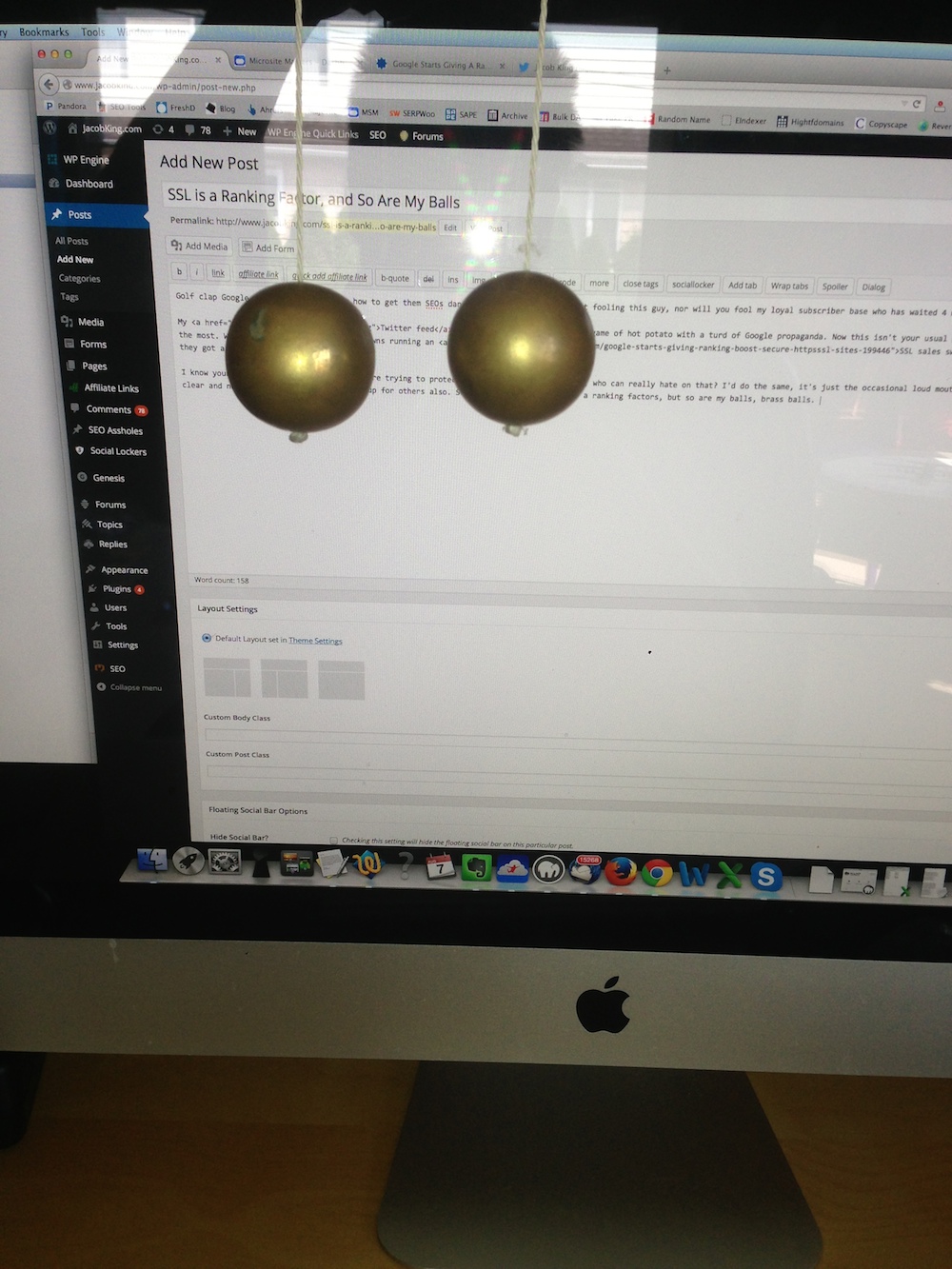