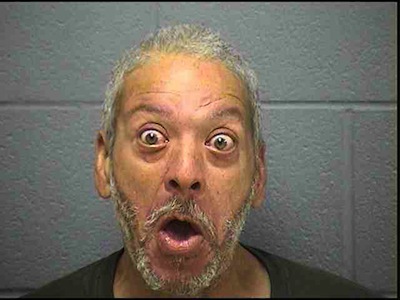 Hey Google, you little trickster! You and your “organic” search results had me thinking they were completely objective.

Up until recently, I literally based every decision in my life on the first Google result. And this is why I was very hurt to learn that my friend Google is not always telling the truth.

Say there is a website that makes a TON of money every month from organic search engine traffic. A site that literally dominates #1 spots for more keywords than any other site can even come close to in its industry.

On first glance we might just write this off to some killer SEO and domain authority, but after digging deeper there is more…

If you then found out that Google was a shareholder for this site and had financial interest in the rankings in which it maintained, would you start to get a little curious?

Well I did, and here is what I found.

The site I’m speaking of is a legend in the affiliate marketing game. Top CJ and Linkshare publisher for years running (and on many other networks too), the beast of all coupon sites, RetailMeNot.com.

Founded by Guy King and Bevan Clark from the Australia in 2006 (in a weekend), the site has become a piece of affiliate marketing history.

Then in June 2010 the site was acquired for 90 million dollars by WhaleShark Media.

Here is an article talking about the acquisition.

Take a second and think where that number came from. Surely in the range of a 3 times yearly revenue valuation. Meaning in 2009 RetailMeNot was averaging monthly revenues of around 3 million dollars per month.

Depending on who you are, that might seem like either a large or small number. That is not the point. The point is, the majority of their revenue is driven by organic search traffic.

Consider the expected growth for online shopping in 2009, lol. Now if you just get Google in your back pocket you’ve got yourself a damn fine acquisition. I wouldn’t doubt if today RetailMeNot is pulling in 20 million a month. Not too shabby huh?

Let’s look at the evidence and let the screen shots explain the rest. 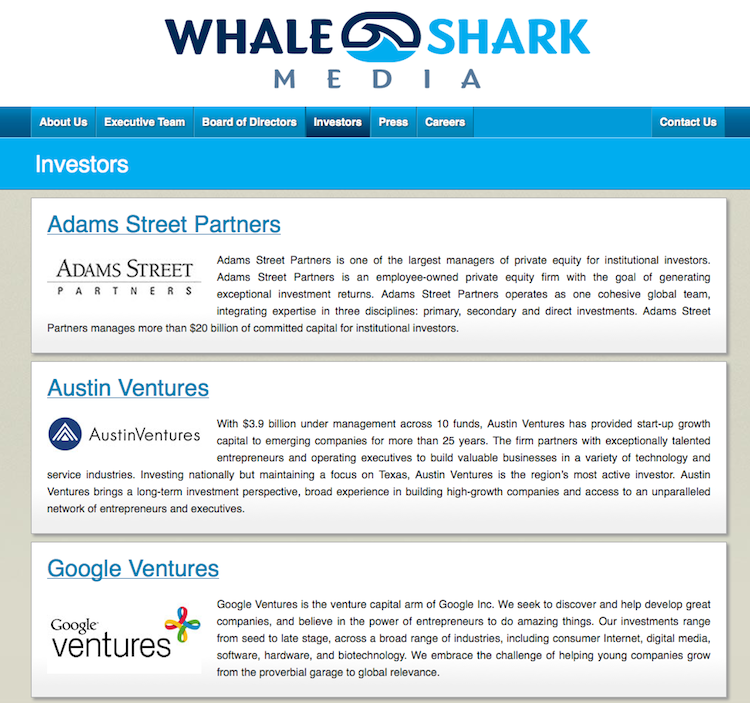 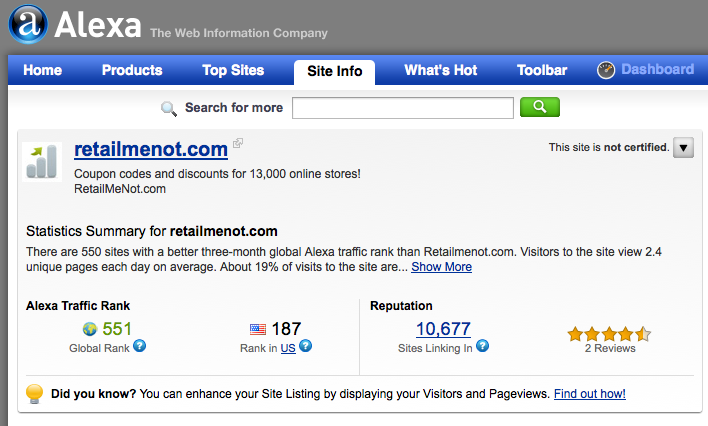 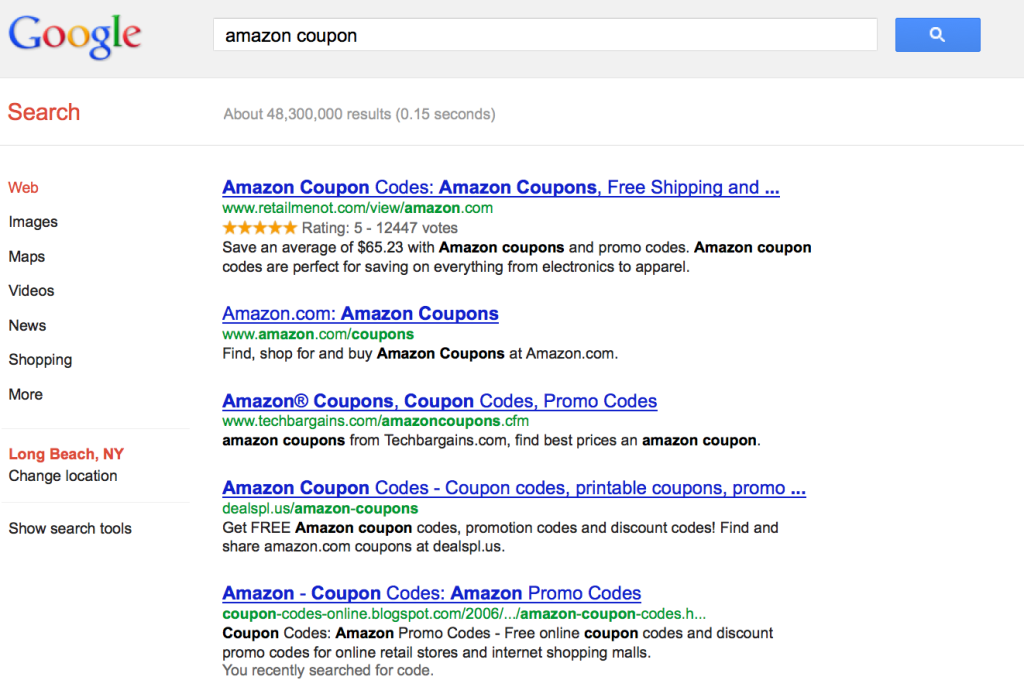 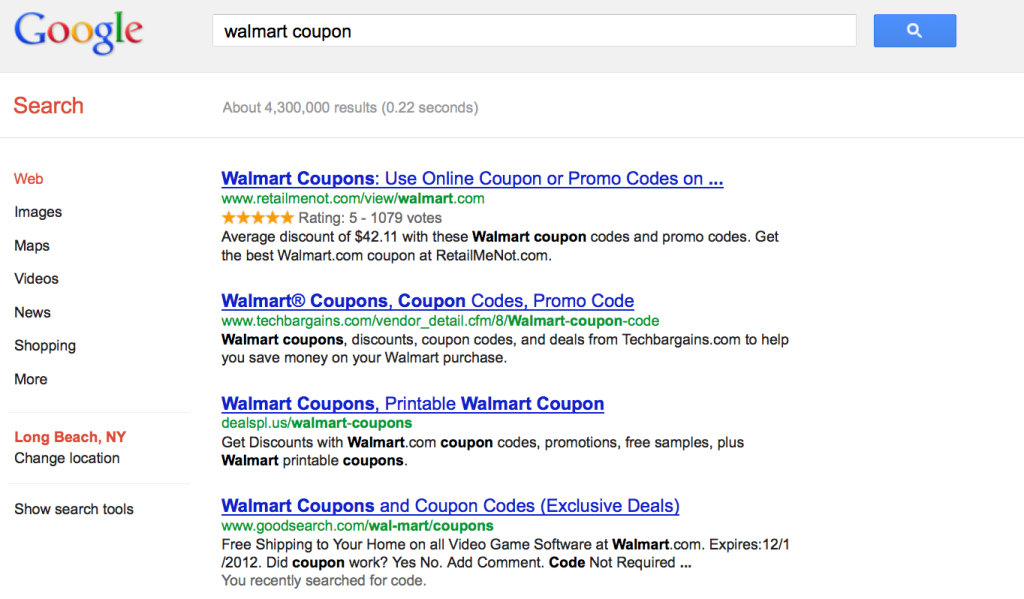 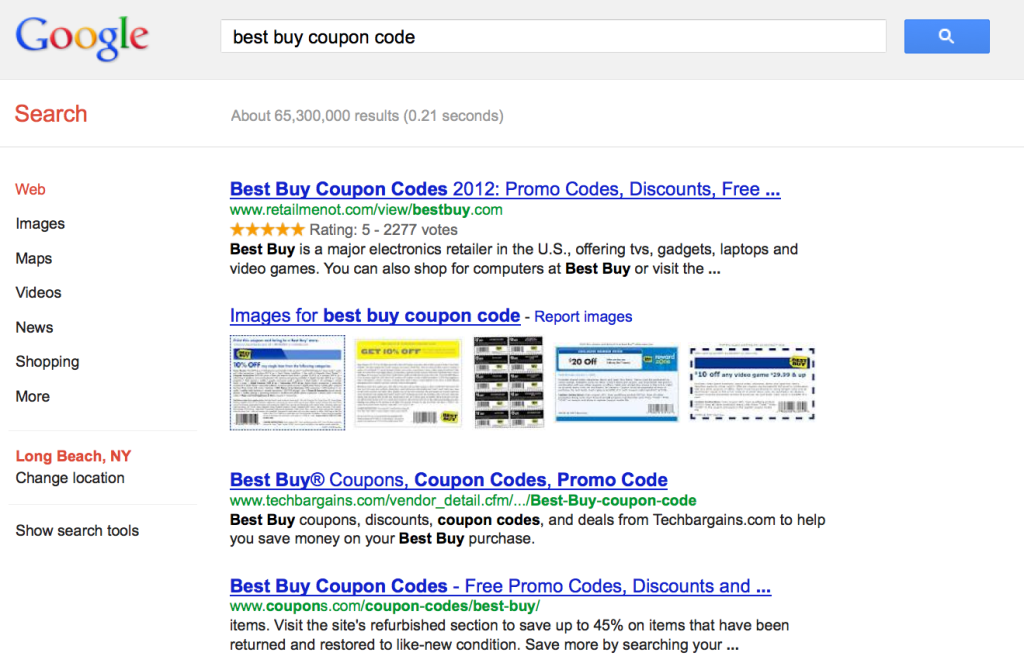 Starting to get the picture?

If so, then what is the conclusion here? The conclusion is treat Google for what they really are. Google is not your friend, Google has two friends, money and money.

Trust me, you can’t go around commenting on SEOMoz enough times about Whitehat SEO for Google to like you.

They are a global corporation that could give a shit about you or me. Well, until something has an impact on their stock price, then they might give a shit.

You’re getting free traffic, that is all, and they are the middle man RIGHT now. They don’t owe you shit. If Google shut down tomorrow, who do you think would have more money in their bank account?

The “White Hat SEOs” still waiting for the bus to come along or the “Black Hat SEOs” that exploit opportunities/holes in the algo and take the money while it’s on the table?

Google is not your wife or husband, you guys aren’t in a relationship, so quit acting like it you crybaby SEOs. Google is merely a REALLY good friend with benefits that might not be around forever, so start building some links and treating that dumbass search engine accordingly.

Weird, I guess they have been doing quite well since I originally wrote this post about one year ago.

Good for them, but here is a tip that may be good for you if you’re into this sort of thing.

RetailMeNot just announced they have filed a registration statement with the Securities and Exchange Commission for an initial public offering!!

And let’s add some data from Opensiteexplorer and SEMrush. 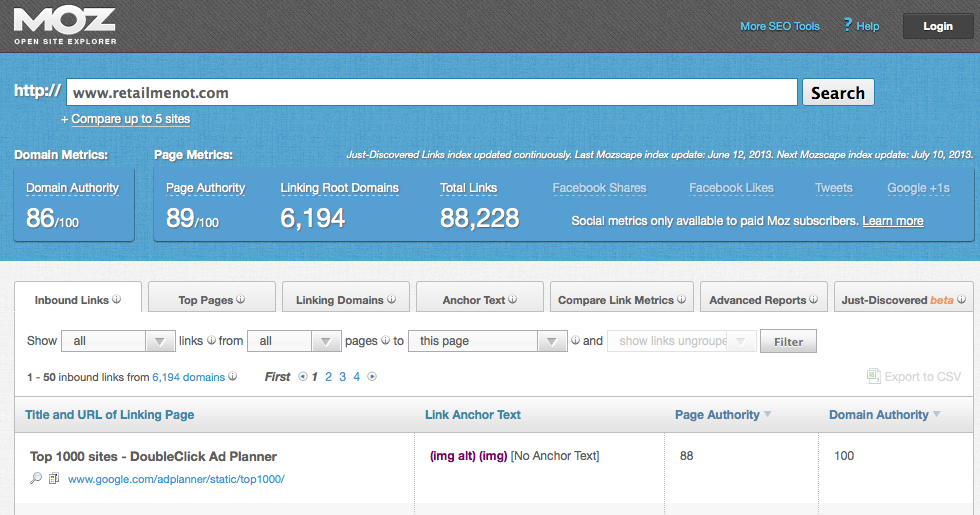 Honestly not as many links as I thought they would have. 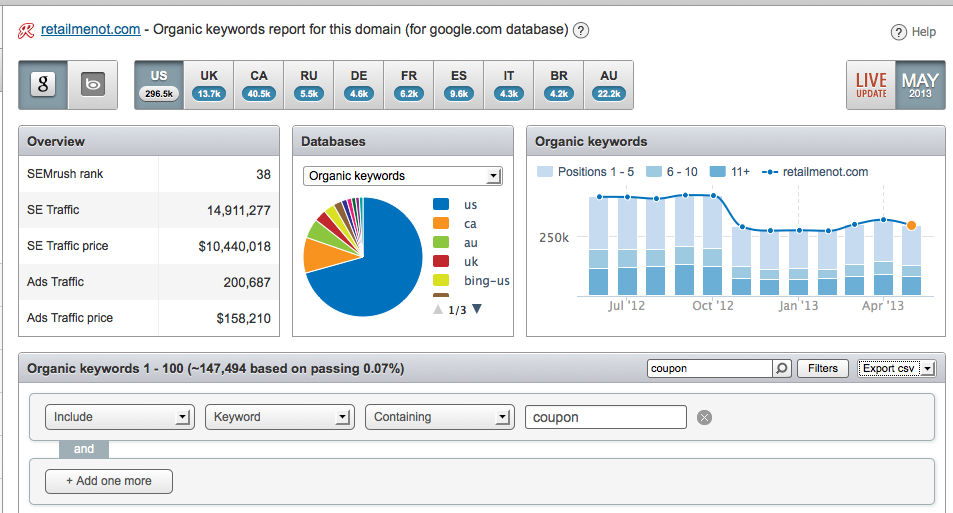 Wow, that’s about a 66 to 1 ratio on the cost of their estimated search traffic to their ad traffic expense. According to SEMRush.com, RMN is getting approximately $10.5 million dollars in monthly search engine traffic…disgusting.

Now I’m not an investment advisor but as an SEO advisor I can say that RetailMeNot should be safe from any algo updates with Google literally in their back pocket. Marinate on that. 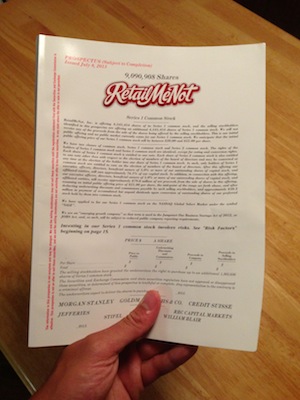 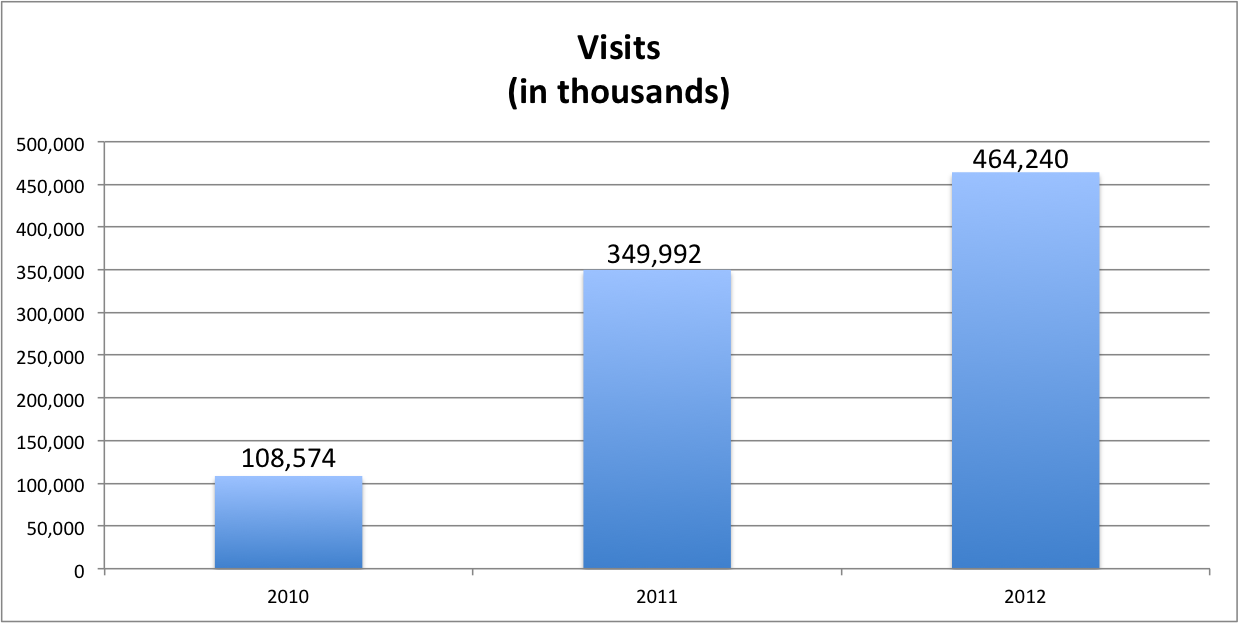 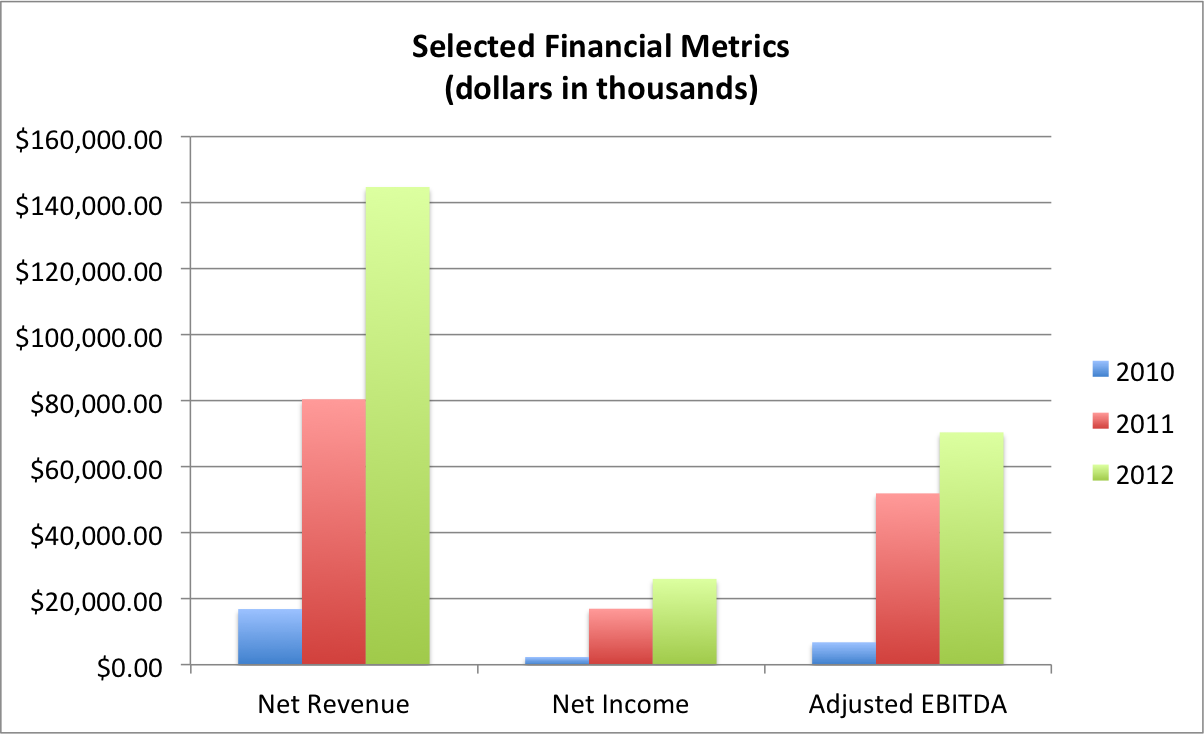 “We depend on search engines for traffic. Changes to search engine algorithms or practices could adversely affect our ability to generate unpaid traffic, leading to lower revenues and/or increased traffic acquisition costs.”

Thanks for reading everyone and please join me on my tinfoil hat crusade to uncover Google for the evil company they truly are with your Ts, RTs, MTs, Comments, Facebook likes, Facebook shares, and Pinterest pins. 7 out of 8 of the previous requests will do, thanks.